show quote
1 of 4
Previous
Next

The Beijing National Tennis Centre is a permanent venue designed for the 2008 Olympic Games and beyond. Located within the Olympic Green, the venue includes a 10,000 seat centre court stadium, 4,000 and 2,000 seat show courts, seven 200 seat match courts and six practice courts with associated player, VIP and spectator support facilities.

The centre court forms the centerpiece of the complex; is situated on a large public concourse podium which houses within it all the VIP, player, official and BOH support areas. Player circulation to all the courts is facilitated by the lower level within the podiums which allows undisturbed access separated from the public domain. The centre court is composed of twelve raking segments which rise out of the platform and fold and separate into a dramatic roof, shading two thirds of the seats. The 12-sided seating bowl of the centre court provides excellent sight-lines and proximity to the field of play. The openings between the segments induce natural ventilation while providing views out and engagement with the outside.

The Olympic overlay design incorporates all technical and operational requirements into the base building design to facilitate Olympic competition and IOC requirements. BVN Donovan Hill also developed the operational design for the Tennis Centre as part of a venue cluster integrating the tennis, hockey and archery facilities into one Olympic Games operational precinct. 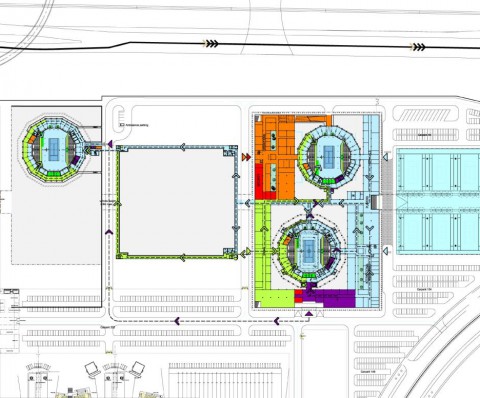 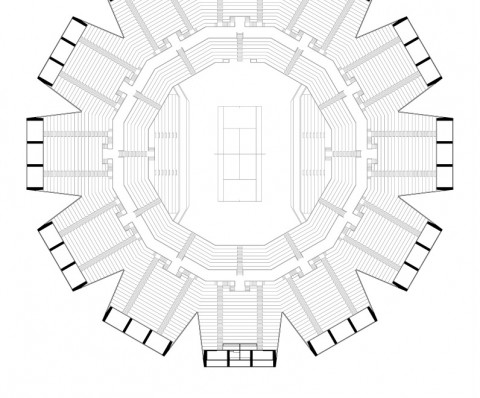