show quote
1 of 2
Previous
Next

AM60 is a 20 level high-rise office development providing a highly efficient and flexible work environment that is tailored to contribute to its specific place in Brisbane’s CBD. Positioned on the corner of Albert and Margaret streets, AM60 responds to the particular character of each of its street settings.

This circumstantial response has resulted in the major Albert Street frontage identified by a flush glazed ‘shadowbox’ façade in the tower, and a linear and elevated ‘street building’ that offers substantial protection over an extended footpath. Margaret Street forms vary in response to orientation and context, resulting in a tactile, light reactive tower façade made of slab projections and independent concrete sunshade elements, and a detailed brick building that adds to the qualities of the street, which includes smaller scale heritage listed buildings.

A typical office floor allows occupation on each façade, and permits large flexible floor space where occupants can be planned as a community of people in both single and multiple tenant arrangements around a central core. At ground level, the building accommodates multiple functions that engage with the public realm, such as retail and restaurants, while also facilitating the functional servicing of the building. 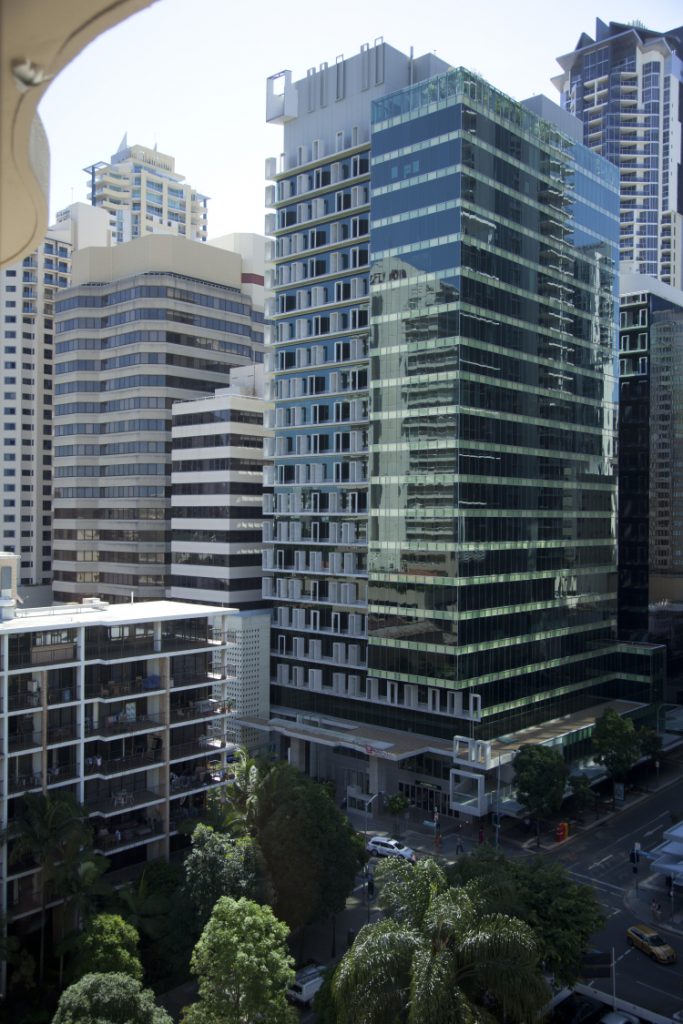