B:Hive by BVN in association with Jasmax won an Interior Architecture Award at the 2019 NZIA Auckland Architecture awards on Wednesday 1 May at the ASB Waterfront Theatre in Auckland.

The spiral stair inside this co-working space at Smales Farm acts as a “magnificently inspirational bright orange ribbon,” the jury said, and it brings “21st-century office planning to a 20th-century business park, in a five-storey building housing 800 people working for 100 different companies”. 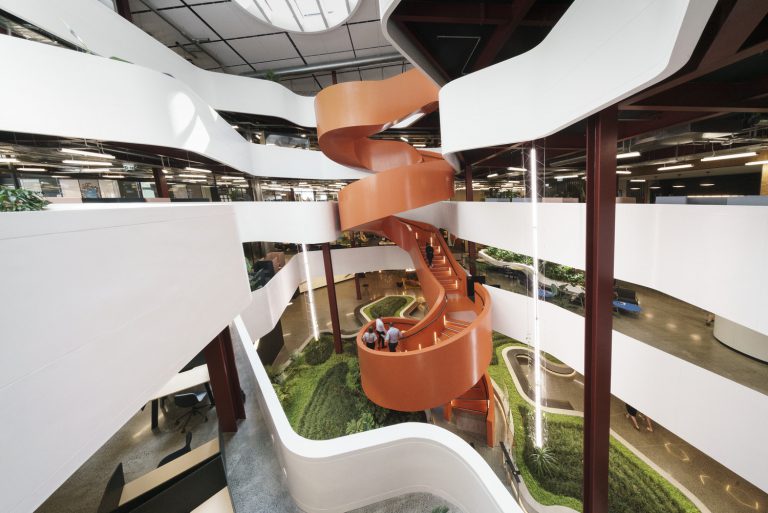 View the full list of winners on Architecture Now

A big congrats to the project team!!