The Synergy building at the CSIRO Black Mountain campus won an award for sustainability in the Australian Institute of Architects (RAIA) National awards that were announced on 1 November 2018.

According to the jury they were “impressed by the collaboration between the client, the architect and the consultant team, which led to two primary sustainability focuses – ventilation and daylight.”

They noted how “Daylight is mediated through the external louvred sunscreen, while ventilation is controlled by an integrated system that draws air into the building via operable sashes on the façade and expels it through the atrium via two thermal chimneys.” 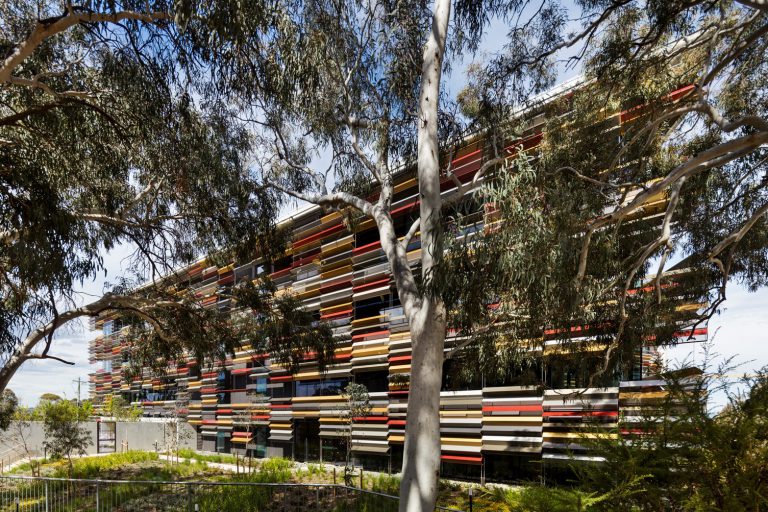 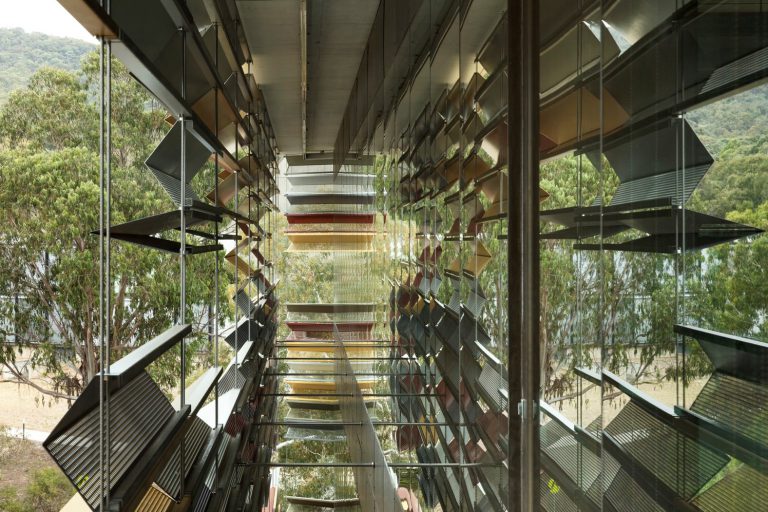 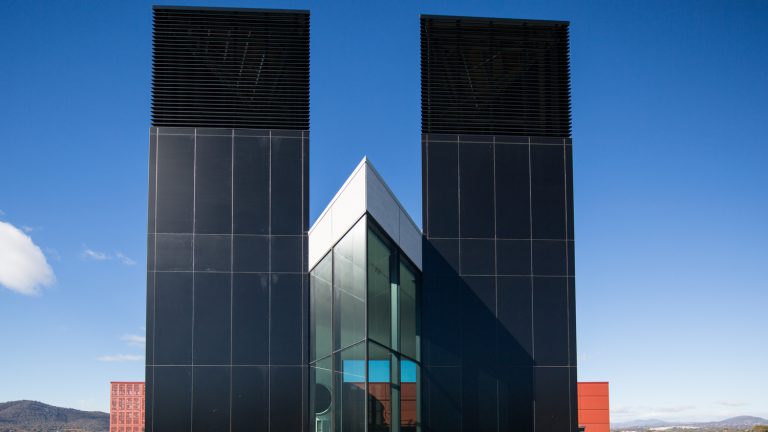 “Architecturally, the building derives its expression from the surrounding Australian landscape and the tectonic quality of the devices and technology used to create a naturally ventilated “mixed mode” workplace for the scientific community.” 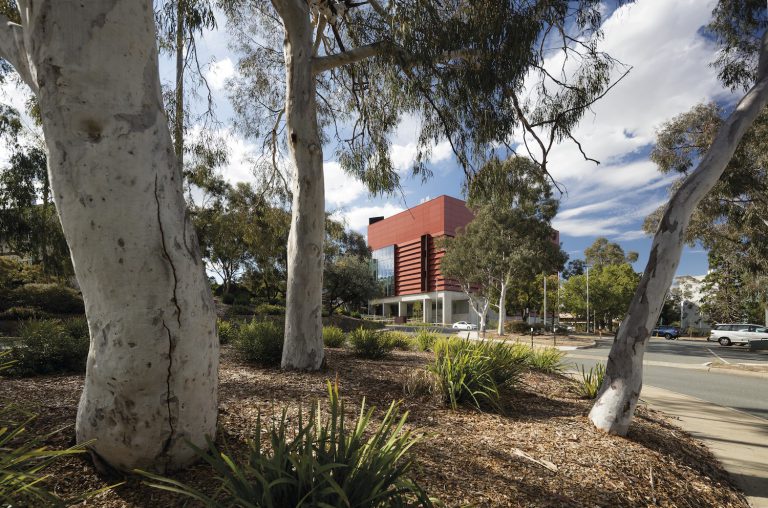 This national award is in addition to four awards won earlier in the year that included two prestigious named awards– The Romaldo Guirgola Award for Public Architecture and The Derek Wrigley Award for Sustainable Architecture in the RAIA’s ACT Chapter awards.

Synergy was also the winner of the Work Space award at the 2018 Asia Pacific INDE.Awards where it was noted that “The science sector brings a new vision to the workplace revolution.”

It has also been shortlisted in the World Architecture Festival that is being held in Amsterdam from 28-30 November, when BVN Principal James Grose will present Synergy to the jury in the Office Completed Buildings category.