The Synergy building at the CSIRO Black Mountain campus has just won four awards in both the Australian Institute of Architects ACT Chapter Awards and the INDESIGNLIVE Asia Pacific INDE.Awards.

At the Australian Institute of Architects ACT Chapter awards, Synergy received two prestigious named awards – The Romaldo Guirgola Award for Public Architecture and The Derek Wrigley Award for Sustainable Architecture as well as an award for Interior Architecture.

Synergy was also the winner of the Work Space award at the 2018 Asia Pacific INDE.Awards where it was noted that “The science sector brings a new vision to the workplace revolution.”

According to the ACT jury for Public Architecture, “Synergy is architecturally finessed.” Its clear palette, vibrant light, high level of interior amenity and excellent ESD credentials (that are embedded in and exploited for architectural beauty) yields a workplace that seeks to restore the spirits and wellbeing of a revered organisation.”

The Sustainability jury commented that “Every opening to the façade is thoughtfully considered’ whether to permit the workspace to be fully naturally ventilated; to direct views to Canberra icons; or encourage incidental encounter and collaboration. The sheer amount of natural light that is provided to the laboratory spaces, despite their strict environmental requirements, is incredibly refreshing and well executed.”

The INDE.Award for The Work Space recognises a working environment that meets the needs of people without compromising on social, cultural or functional aspects.

“The reinvention of the workplace is the central design tenet, merging a place of scientific research with the contemplative necessity of write-up and reflection,” said the INDE. Awards jury.

Mr. Julian Ashton, Principal of BVN noted that “For an organisation that is established and well-respected internationally, our design intent was driven by the desire to give CSIRO a uniquely Australian-centric space.” 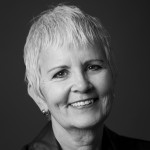 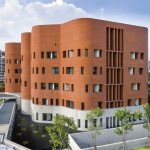 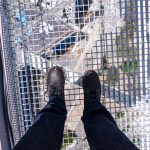