We are on the precipice of a major turning point in human history and similar to past periods of rapid change: the Neolithic and Industrial Revolutions, today’s era is driven by new technologies and processes that are forcing us to radically reorient the way we think, behave, communicate and work. Coined the ‘Digital Revolution’, the catalyst for this turning point is a combination of new technologies: robotics, advanced mobile, life sciences and artificial intelligence that are emerging onto the scene.

The intention of this series of posts is to explore what impact digital will have on physical workspace design. It is a task fraught with challenges, because while digital is all around us and impossible to ignore, it hasn’t yet made its mark on workplace. Consequently, the assignment will be approached by looking at new technologies, considering their applications in other industries and projecting possible roles they will play in workplace once they are adopted. This post will provide context, the next looks at the impact on design process and the role digital plays in building belief and the third will explore digital’s role in increasing workplace efficiency.

Sources vary, but most suggest this evolution began in the 1980’s when advancements in technology led a shift from analogue electronic and mechanical devices to technologies that enabled the consumption of media and use of business applications on mobile devices. Advancements currently in development will make the integration into workplace much more likely. While it’s still early days, the annoying creases that made digital clunky and only attractive to nerds and developers are rapidly being ironed out and it’s clearing the way for general acceptance in the population. Digital is poised to make significant changes in how we experience space and this is where it will have the greatest impact in workspace.

There are two dimensions of the current chapter in the digital revolution that are significant and underpin everything that is now possible, without them we would not see the progress we’re seeing today. Each dimension represents a part, either the quantitative or qualitative halves, of the digital equation. These dimensions are chips and burgers.

No joke, chips are critical, not those made from potatoes, but from silicon. Manufacturers like Qualcomm are currently producing versions that push mobile Graphic Processing Units, or GPU. GPU is related to the CPU we’ve all heard of, the Central Processing Unit or brains in your computer. But the important distinction is that a CPU primarily works sequentially, while a GPU is able to perform multiple straight forward duties in tandem and is therefore able to do an amazing number of computations very quickly, in fact GPU can perform 11 billion calculations in a tenth of a second.

GPU does this by employing a deep learning technique called Convolutional Neural Networking, modelled on the way the brain’s visual cortex works. CNN is a staple for all modern image recognition, we have video games to thank for it because it was gamers demanding more realistic mobile applications that accelerated its growth. The critical point to take away is that these chips not only work incredibly fast, but they do it in a mobile device which opens the door for an exciting and growing movement toward handheld artificial intelligence.

Burgers will be used to introduce the second critical dimension of the digital revolution, the concept of disintermediation; this is an economic term that simply means cutting out the middle man. Imagine a hamburger with nine beef patties and one bun. You’re probably not aware that you’re envisioning a Monster Mac, one of the many items on McDonalds’ secret menu. Frequent diners at the restaurant, who connect with other fast food aficionados using sites like #HackTheMenu, could tell you all about the Monster Mac, the McKinley Mac and the Air Sea and Land Burger. The point to take away here is that McDonalds has absolutely nothing to do with the secret menu. It is the result of customers wanting an experience and a burger that is unique to them.

Now consider the impact of this line of thinking on the workplace. What if employees decided to #HackTheWorkplace by effectively cutting out facilities managers and designers from the process? It’s an idea that incites gag responses for some, but never the less something we should consider. We have all heard the term UX, user experience, which has been superseded by CX, customer experience, and as creators of workplaces it would serve us well to turn our attention to EX – the employee experience.

Fast chips embedded in every object from your fitness bracelet to your desk chair and a mobile phone powering new interfaces that bring the power of artificial intelligence to your hand held device combined with employee’s attitudes of empowerment will be the foundation for what’s to come. As designers this will mean we need to reinvent our design process and begin to consider space beyond its immediate function or physical appearance and embrace the concept of designing end-to-end experiences that merge the physical and digital worlds.

Part two and three in this series will be published in the coming weeks but in the mean time please feel free to use the social icons below to share this post.

More information on this topic and other design related issues can be found on my blog www.futuresrambling.com 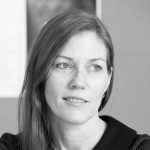